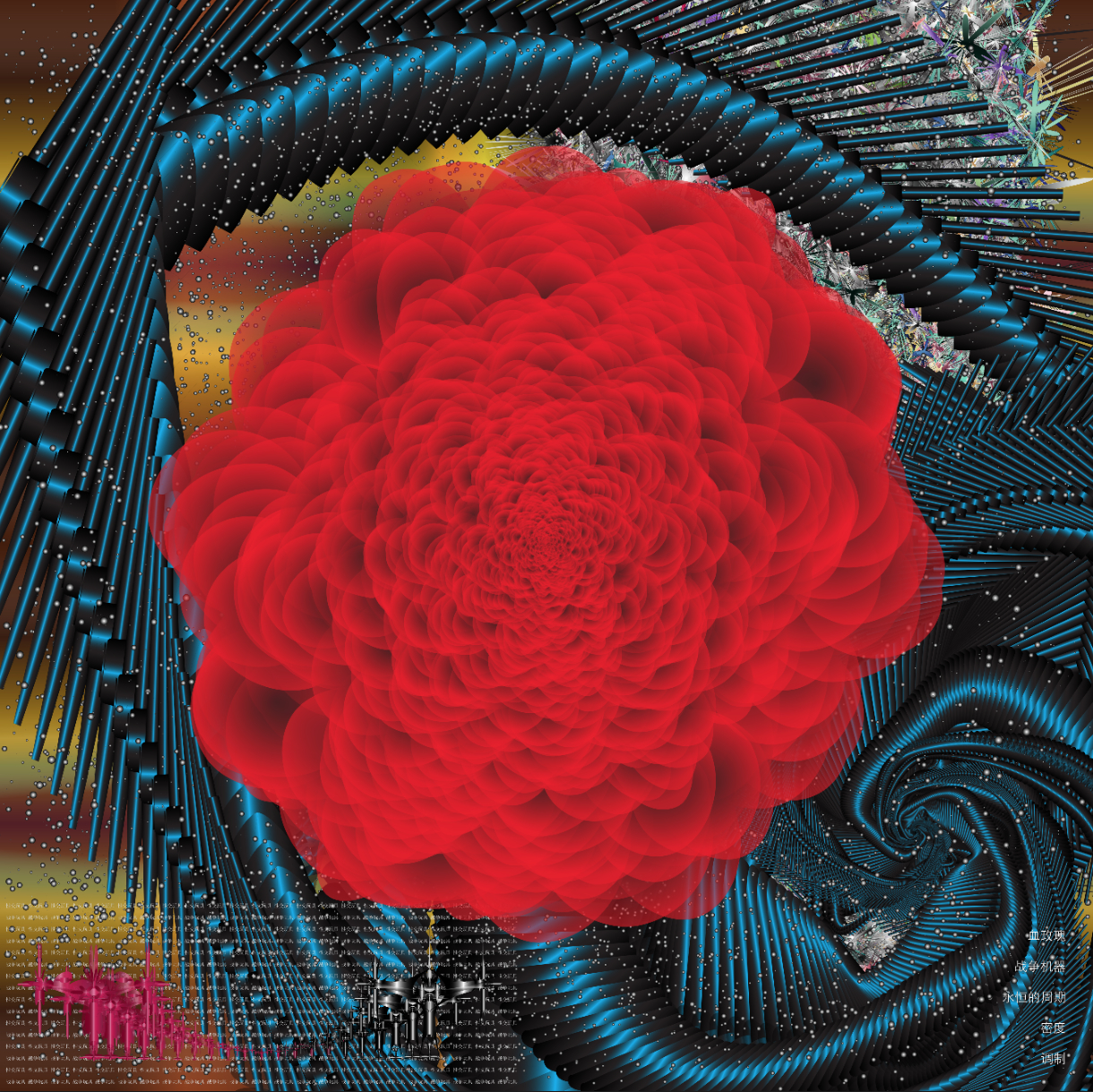 MID CITY will be showcasing Jason Fort’s multi-layered and highly composed vector prints which he displays in a variety of surfaces and presentational devises. Jason Fort is an artist, architect and inventor known for designing and building stunning and unique affordable, environmentally friendly homes. He has designed solar powered catamarans, hydrogen blimps, autonomous vehicles and wind turbines. This process of integrating traditional materials with new technologies informs Jason’s art both aesthetically and in terms of production.

Fort’s journey into producing Tactical Distortion prints begins with the simplest of means, a sketchbook. Jason builds on these sketches with the aid of a computer, incorporating his construction experience with the freedom to rely on his intuition. Using a process that transforms the vector (mathematical) language into a pixilation format Jason distorts his drawings revealing the underlying nature and beauty of his selected three-dimensional objects into a realm of density, detail and cosmic resolution. The macroscopic artworks become an imbedded personal narrative with a beginning (the inspiring object), middle (the compositional tool & layering) and end (the presentation). Colorful and highly evolved, the collection of metal and Inkjet prints express the tangent between idea and concrete form.

Jason is currently finishing “Cube Cabin” in the Black Mountains of North Carolina. Post “Pre-fab” in materials and design, this current structure is highly conscious of its relationship to the environment. Jason humorously calls the style “Borg Bauhaus,” in reference to the Star Trek adversary and the German Modernist architecture; an assimilation of new materials, efficient systems and elegant functionality. With the same meticulous attention to detail and passion that Jason pours into building his unique homes, the works in TACTICAL DISTORTION are bold interpretations of the unique elements that have placed Jason at the forefront of the world of design. The result is a rich imaginary universe from a planet where there is much to build upon.

For additional information please contact Jonmarc Edwards at midcity5574@gmail.com or 323.939.3090 MID CITY is located 2 blocks east of the 10 freeway on W.Washington Blvd. in Los Angeles. Limited parking is available behind the gallery or abundantly on the street.

PrevPrevious PostA Marriage In Check, the heart of the bride stripped bare…
Next PostDATAMOSHNext