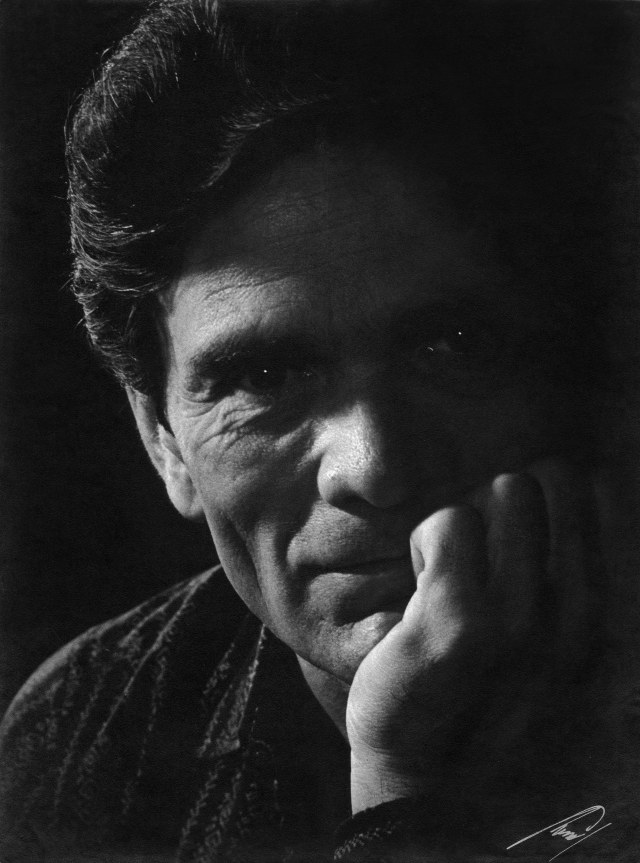 Observations of the Long Take

I originally read this article in the quarterly journal OCTOBER sometime in late 1980. It was a very influential essay for me and thought I would post it here after seeing Pier Paolo Pasolini’s Teorema.

Observations on the Long Take

Consider the short sixteen-millimeter film of Kennedy’s death. Shot by a spectator in the crowd, it is a long take, the most typical long take imaginable.

The spectator-cameraman did not, in fact, choose his camera angle; he simply filmed from where he happened to be, framing what he, not the lens, saw. [1]

In this, the only possible film of Kennedy’s death, all other points of view are missing: that of Kennedy and Jacqueline, that of the assassin himself and his accomplices, that of those with a better vantage point, and that of the police escorts, etc.

Suppose we had footage shot from all those points of view; what would we have? A series of long takes that would reproduce that moment simultaneously from various viewpoints, as it appeared, that is, to a series of subjectivities. Subjectivity is thus the maximum conceivable limit of any audiovisual technique. It is impossible to perceive reality as it happens if not from a single point of view, and this point of view is always that of a perceiving subject. This subject is always incarnate, because even if, in a fiction film, we choose an ideal and therefore abstract and nonnaturalistic point of view, it becomes realistic and ultimately naturalistic as soon as we place a camera and tape recorder there: the result will be seen and heard as if by a flesh-and-blood subject (that is, one with eyes and ears).

Reality seen and heard as it happens is always in the present tense.

The long take, the schematic and primordial element of cinema, is thus in the present tense. Cinema therefore “reproduces the present.” Live television is a paradigmatic reproduction of something happening in the present.

Suppose, then, that we have not only one short film of Kennedy’s death, but a dozen such films, as many long takes as subjectively reproduce the President’s death. When, for example, for purely documentary reasons (during a screening for a police investigation) we see all these subjective long takes in sequence, that is, when we splice them, even if not materially, what do we have? A type of montage, albeit extremely elementary. And what do we get from this montage? A multiplication of “presents,” as if an action, instead of unwinding once before our eyes, were to unwind many times. This multiplication of “presents” abolishes the present, empties it, each present postulating the relativity of all others, their unreliability, imprecision, and ambiguity. [2]

For the police–who are least concerned with aesthetics and strongly interested in the documentary value of the short film projected as eye-witness testimony to an event that must be precisely reconstructed–the first question to ask is: which of these films best represents the facts? There are so many unreliable eyes and ears (or cameras and tape recorders) which record an irreversible event, one which appears different to each of these natural organs or technical instruments (shot, countershot, establishing shot, medium shot, close-up, and all other possible camera positions). Each of these presentations of reality is extremely impoverished, aleatory, almost pitiful, if one realizes that it is only one among many.

It is clear that reality, in all its facets, is expressed in each: it speaks to those present (to be present is to take part, because reality speaks only through itself): it speaks its own language, which is the language of action: a gun shot, more gun shots, a body falls, a car stops, a woman screams, the crowd shouts…. All these nonsymbolic signs indicate that something happened: the death of a president, here and now, in the present. And that present, I repeat, is the tense of the various subjective long takes, shot from the various points of view where witnesses happened to be with their organs or instruments.

The language of action is thus the language of nonsymbolic signs in the present tense; but in the present it makes no sense, or if it does, it does so only subjectively, in an incomplete, uncertain, mysterious way. Kennedy, dying, expresses himself in his final action: falling and dying, on the seat of a black presidential car, in the weak embrace of his American petit-bourgeois wife.

But this extreme language of action with which Kennedy is expressed to the spectators remains indecisive and meaningless in the present in which it was perceived by the senses and/or filmed. Like every moment of the language of action, it requires something more. It requires systematization with regard to both itself and the objective world; it must be related to other languages of action. In this case, Kennedy’s final actions need to be related to the actions of those at that moment surrounding him, for example, to those of his assassin, or assassins.

As long as such actions remain unrelated, be it the language of Kennedy’s last action or that of his assassins, they are fragmentary and incomplete languages, all but incomprehensible. What is needed to make them complete and comprehensible? The relationship which each of them, groping and stammering, seeks with the others must be established. Not through a simple multiplication of presents–as in the juxtaposition of various subjective views–but through their coordination. Unlike their juxtaposition, their coordination is not, in fact, limited to destroying and emptying the concept of the present (as in the hypothetical projection one after the other of the various films at FBI headquarters) but to rendering the present past.

Only completed acts may be coordinated among themselves and thus acquire meaning (as I will demonstrate later on).

For the moment let’s suppose that among the detectives who have seen these hypothetical films spliced end-to-end there is one with an ingenious analytical mind. His ingenuity might show itself only in coordination. Intuiting the truth from an attentive analysis of the various pieces, he could gradually reconstruct it by choosing the truly significant moments of the various long takes, thereby finding their real order. One has, simply, a montage. In the wake of such work of choice and coordination, the various points of view would be dissolved and subjectivity would give way to objectivity; the pitiful eyes and ears (or cameras and recorders) which select and reproduce the fleeting and none too pleasant reality would be replaced by a narrator, who transforms present into past.

But as soon as montage intervenes, when we pass from cinema to film (they are very different, just as langue is different from parole), the present becomes past: a past that, for cinematographic and not aesthetic reasons, is always in the present mode (that is, it is a historic present).

I must now tell you my thoughts about death (and I leave my skeptical readers free to wonder what this has to do with cinema). I have said frequently, and always poorly, that reality has its own language–better still, it is a language–which, to be described, requires a general semiology, which at present we do not possess, even as a notion (semiologists always observe distinct and definite objects, that is, various existing languages, codified or not; they have not yet discovered that semiology is the descriptive science of reality). This language–I’ve said, and always badly–coincides with human action. Man expresses himself above all through his action–not meant in a purely pragmatic way–because it is in this way that he modifies reality and leaves his spiritual imprint on it. But this action lacks unity, or meaning, as long as it remains incomplete. While Lenin was alive, the language of his actions was still in part indecipherable, because it remained in potentia, and thus modifiable by eventual future actions. In short, as long as he has a future, that is, something unknown, a man does not express himself. An honest man may at seventy commit a crime: such blameworthy action modifies all his past actions, and he thus presents himself as other than what he always was. So long as I’m not dead, no one will be able to guarantee he truly knows me, that is, be able to give meaning to my actions, which, as linguistic moments, are therefore indecipherable.

It is thus absolutely necessary to die, because while living we lack meaning, and the language of our lives (with which we express ourselves and to which we attribute the greatest importance) is untranslatable: a chaos of possibilities, a search for relations among discontinuous meanings. Death performs a lightning-quick montage on our lives; that is, it chooses our truly significant moments (no longer changeable by other possible contrary or incoherent moments) and places them in sequence, converting our present, which is infinite, unstable, and uncertain, and thus linguistically indescribable, into a clear, stable, certain, and thus linguistically describable past (precisely in the sphere of a general semiology). It is thanks to death that our lives become expressive.

Montage thus accomplishes for the material of film (constituted of fragments, the longest or the shortest, of as many long takes as there are subjectivities) what death accomplishes for life.
(1967)

[1] The Italian word for lens, obiettivo, also means “objective” and therefore establishes at once the
framework for the play upon relations between subject and object which characterizes this text. –ed.

[2] Bruce Conner’s Report (1964) in fact illuminates, through its serial structuring of such footage,
Pasolini’s speculations. –ed.